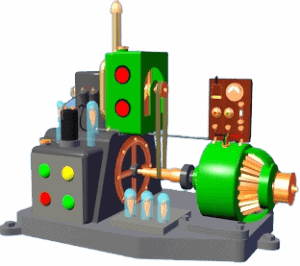 Broadly, any new idea can be considered an “invention” of sorts. Some common problems have surely been solved many times, by different people, but in much the same way.

The lever, for instance, has doubtless been “invented” time and time again, then adapted in different ways, for as long as humans have lived on Earth.The electric battery was invented, then lost, more than a millennium before its reinvention by Alessandro Volta at the dawn of the Nineteenth Century.

Even more complex devices have been repeatedly invented. An example is the field-effect transistor, the basic building block of nearly all modern electronics. It was invented successively (though in slightly different forms) by…

All modern transistors are based on the Bell Labs patents and others which have followed them.

VentorBridge’s ongoing research into lost inventions is documented here.  Recognizing their potential to have changed the course of civilization, VentorBridge presents this work annually in Dragon Con’s Museum of Alternate History and elsewhere.

What inventions can be patented?

A patent can’t just state the “what” of an invention. You couldn’t patent, for example, just the idea of a wind-powered pepper mill. You also need the “how.” Work out the details of just how the mill will work, in all its mechanical complexity, and include them in the patent application. Describe what a person must do or make to “practice” the invention. Laws of nature, physical phenomena – even if newly discovered! — and abstract ideas are not patentable.

According to the Founding Fathers,  anyone who “invents or discovers any new and useful process, machine, manufacture, or composition of matter, or any new and useful improvement thereof, may obtain a patent, subject to the conditions and requirements of the law.”

Dissecting this chunk of eighteenth-century legalese, we find a patentable invention must be….

(1)  “Novel.”  This doesn’t necessarily mean never thought of before, but at least never revealed to the public through a previous patent, publication, use or sale, by anyone, anywhere, ever before. This includes mentions in scientific papers, on the radio, TV, social media and the like if they include parts of the “how” you intend to claim. There are exceptions, but this is shaky ground and it’s better to be safe than sorry!

(2)  “Useful.”  This means chiefly that the invention has to work for the purpose stated. A patent must be “enabling” so some other person “of reasonable skill” in the field of the invention can follow the steps described and get the invention to work. This is where reduction to practice can be crucial.

(3)  “Non-obvious.”  This is usually the examiner’s first objection: “your invention is obvious because patent 1,234,567 issued in 1940 and patent 7,654,321 issued in 2007 together anticipate all its features.” The examiner assumes someone patent-savvy could find both of those (because the examiner did!) and combine them. It will be up to you once provided with copies of those patents, to show your invention was not in fact “anticipated” by prior art or “obvious” in the face of it. Only the claims which the examiner finally agrees were not “anticipated” or “obvious” will issue with the patent.

(4)  Fitting one of five broad categories:

In addition, some inventions are not patentable. Examples are:

Much more information on these topics can be found on the PTO’s own web site, www.uspto.gov.

Why Get a Patent?→